Newly confirmed to the Board by the General Meeting of shareholders, Bertrand Camus has taken the position of CEO of SUEZ and appointed a new Executive Committee.

This new executive team will be responsible for supporting him in overseeing the Group’s operations and implementing the strategic orientations set out by the Board of Directors. The Executive Committee will also be in charge of finalizing and implementing the new SUEZ 2030 corporate plan, intended to commit the Group to conquer new opportunities for sustainable and profitable growth.

Julian Waldron will therefore be joining the Group as Chief Financial Officer as of May 15, 2019. He brings his experience gained at other major international industrial groups.

The Executive Committee will be composed of 8 members, in addition to the CEO:

The Group would like to thank Jean-Yves Larrouturou, Denys Neymon and Frédérique Raoult, who leave the Group, for their contribution and dedication to the company

Bertrand Camus, CEO of SUEZ, comments: "This new Executive Committee and I will embody our customer-centricity, our culture of innovation and entrepreneurship, and our winning spirit that will make SUEZ the world leader in environmental services in the decade to come. I am confident in the ability of the Committee and the Group’s 90,000 employees to hold aloft the SUEZ banner around the world."

[No text in field] 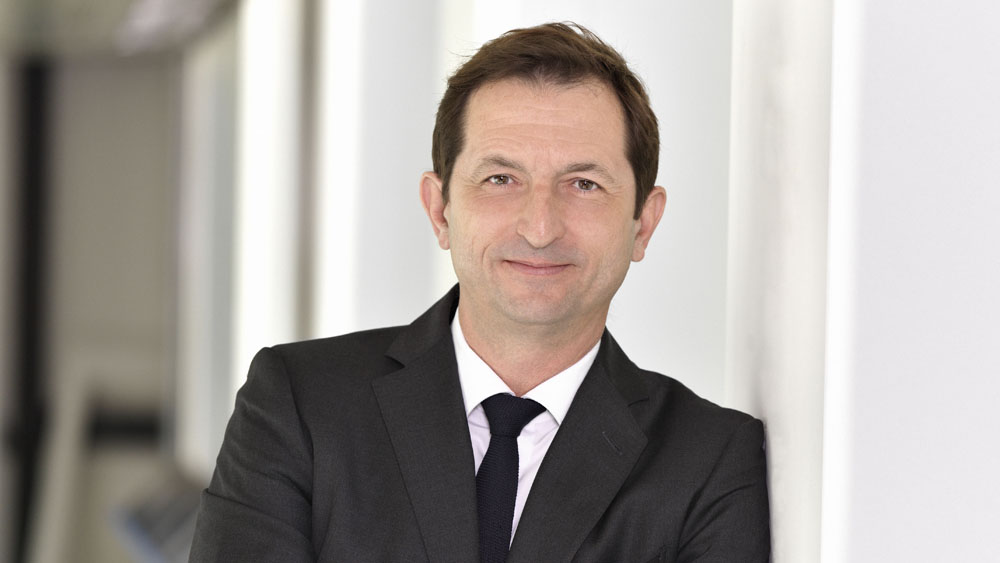 Large image
Bertrand Camus is CEO of SUEZ as of May 14, 2019. He has been SUEZ’s Senior Executive VP for Africa, the Middle East, India, Asia and Australia since March 2018. A graduate of the Ecole Nationale des Ponts et Chaussées, he joined SUEZ in 1994. He successively held positions as COO of the subsidiary Aguas Argentinas from 2000 to 2006 and Director of Internal Audit at SUEZ. In 2008, he was appointed CEO of water activities for North America and, in 2015, Deputy CEO of the Water Europe division and CEO of Water France. Bertrand Camus was born on February 9, 1967. 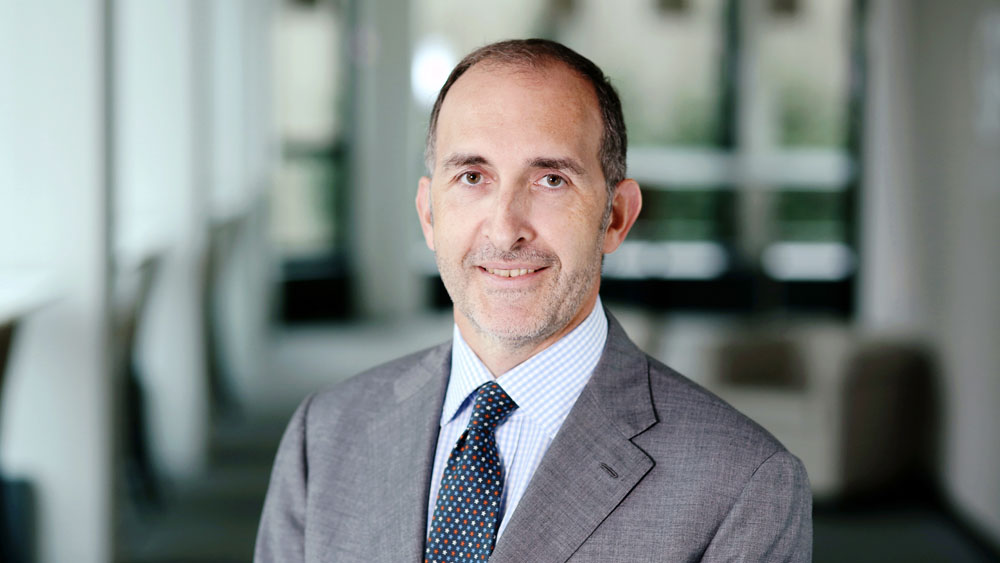 Large image
Jean-Marc Boursier is appointed as Chief Operating Officer and Senior Executive VP Group in charge of Northern Europe and Industrial Waste Specialties Europe. In March 2018, he became SUEZ’s Senior Executive VP for Finance and Recycling and Recovery activities in Northern Europe. He holds a civil engineering degree from Télécom SudParis and a Master’s degree in international finance from the Ecole des Hautes Études Commerciales (HEC) in Paris. He joined the SUEZ Group in 1999, holding numerous positions in finance (Financial Control, Mergers and Acquisitions, Planning), before being named CFO of SUEZ in 2004 and Senior Executive VP in charge of Finance and Procurement and of the consulting subsidiary in 2013. From 2015 to 2018, he was the Group's Senior Executive VP for Recycling and Recovery activities in Europe. He is also Chairman of FEAD, European Federation of Waste Management and Environmental Services. 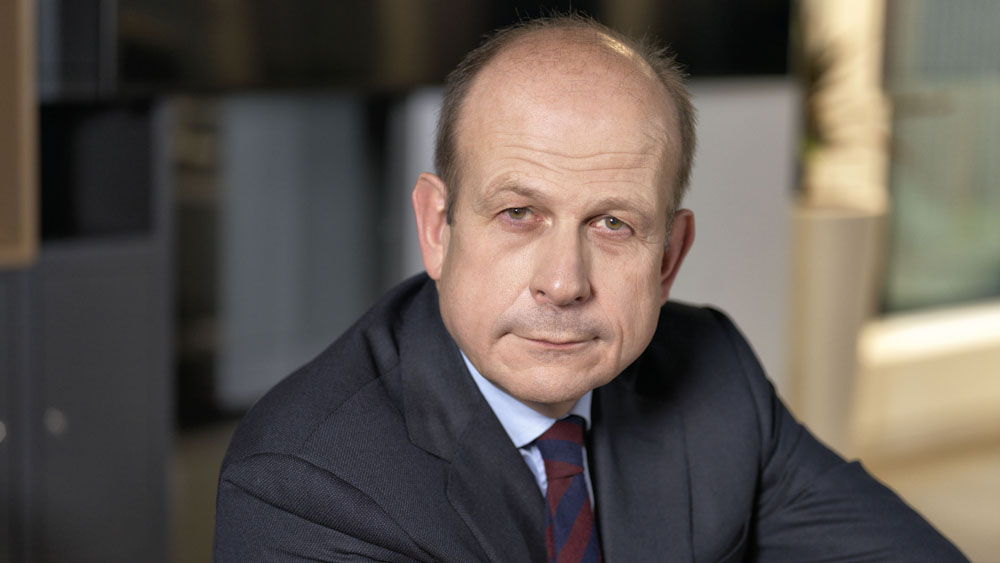 Large image
Christophe Cros is appointed Senior Executive VP Group in charge of Water Technologies & Solutions (WTS) and North America. He has been Chairman of WTS since October 2017. Christophe Cros joined the SUEZ Group in 1991, serving as COO and then CEO of Crédisuez from 1995 to 1998. He became COO of SITA (now SUEZ) in 1999 and then of SUEZ in 2004. In 2007, he became the CEO of SITA France. In 2013, he was appointed Senior Executive VP for Recycling and Recovery Europe and then for Finance in 2015.
Christopher Cros is a former student of the Ecole Nationale d’Administration and a graduate of the Institut d’Études Politiques in Paris. He holds a Master’s degree in Economics from Université de Paris I. He began his career as a magistrate at the Cour des Comptes (1985–1989) and then Head of Financial Organization for the Centre National des Caisses d’Épargne. 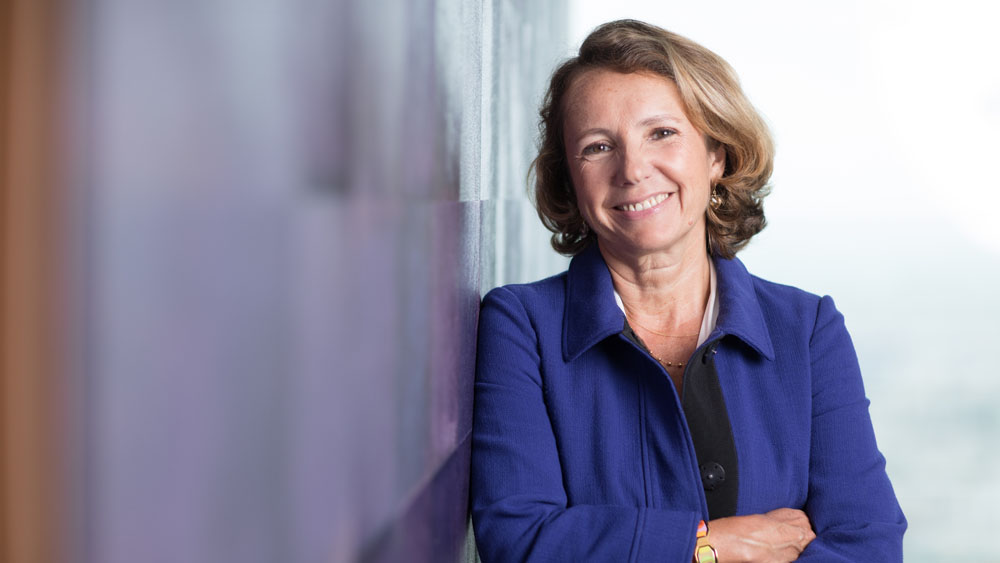 Large image
Marie-Ange Debon became SUEZ’s Senior Executive VP Group in charge of France, Italy, Eastern & Central Europe in March 2018. She is a former student of the Ecole Nationale d’Administration and a graduate of the Ecole des Hautes Études Commerciales in Paris (1986). She joined SUEZ in 2008, serving successively as Secretary General for Legal Affairs, Audit, Information Systems, Procurement and Key Projects. In April 2013, Marie-Ange Debon was appointed Senior Executive VP for International activities.
She began her career in 1990 as a magistrate at the Cour des Comptes. She then joined France 3 as Deputy CEO in charge of Resources from 1994 to 1998. In 1998, she joined the Thomson Group as Deputy CFO, and as of July 2003, as Secretary General. She is President of the Audit Committees for Arkema and TechnipFMC and VP of MEDEF International. 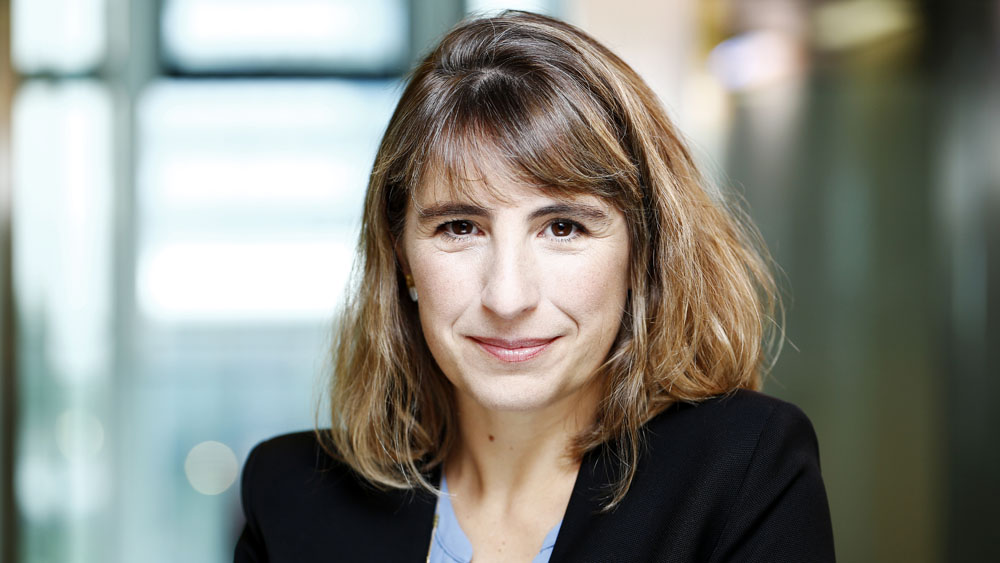 Large image
Ana Giros is appointed Senior Executive VP Group in charge of International and directly Africa, the Middle East, India, Asia, Australia, Consulting and Industrial Key accounts. Ana Giros was CEO of the Latin America Business Unit and Key Industrial Accounts as of December 2016. She joined SUEZ in October 2015 as CEO of the International Division’s Europe–Latin America Business Unit.
Ana Giros is a graduate of INSEAD and the Universidad Politécnica of Barcelona. She held various international positions at Alstom Transport beginning in 1997, before becoming CEO of the Services Division in November 2009 and CEO of Alstom France in May 2014. 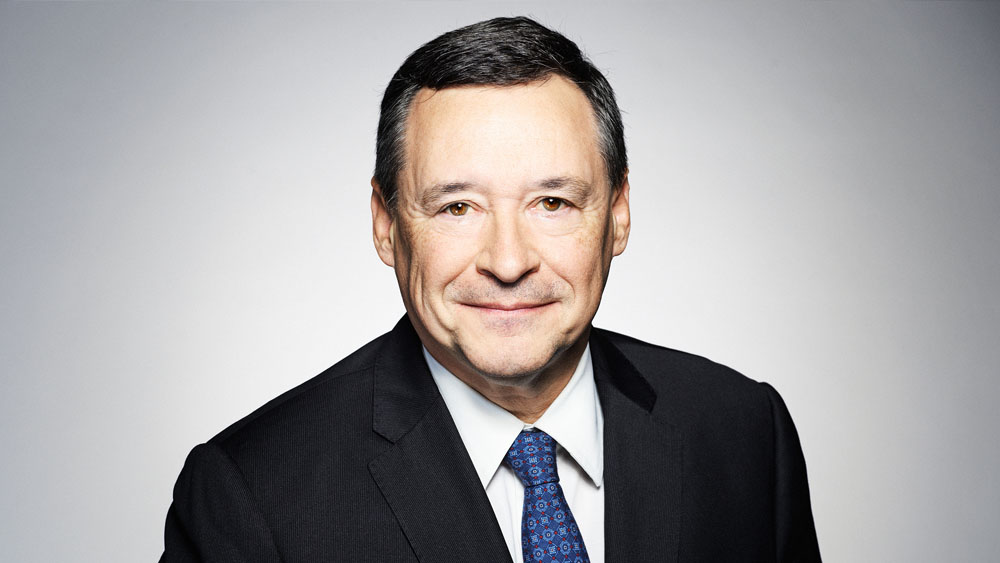 Large image
Angel Simon is appointed Senior Executive VP Group in charge of Spain, Latin America, Advanced Solutions and Smart Cities. In March 2018, Angel Simon was appointed Senior Executive VP for Spain and North and Latin America. He joined Agbar in 1995 and was then appointed CEO of Aguas Andinas, S.A. in Chile in 1999,  Aguas de Barcelona in 2002, and the Agbar Group in 2004. In 2010, he became President of the Agbar Group.
Angel Simon holds a degree in civil engineering (Ingeniero de Caminos, Canales y Puertos) from the Universidad Politécnica in Barcelona (1980) and an MBA in corporate management from ESADE. 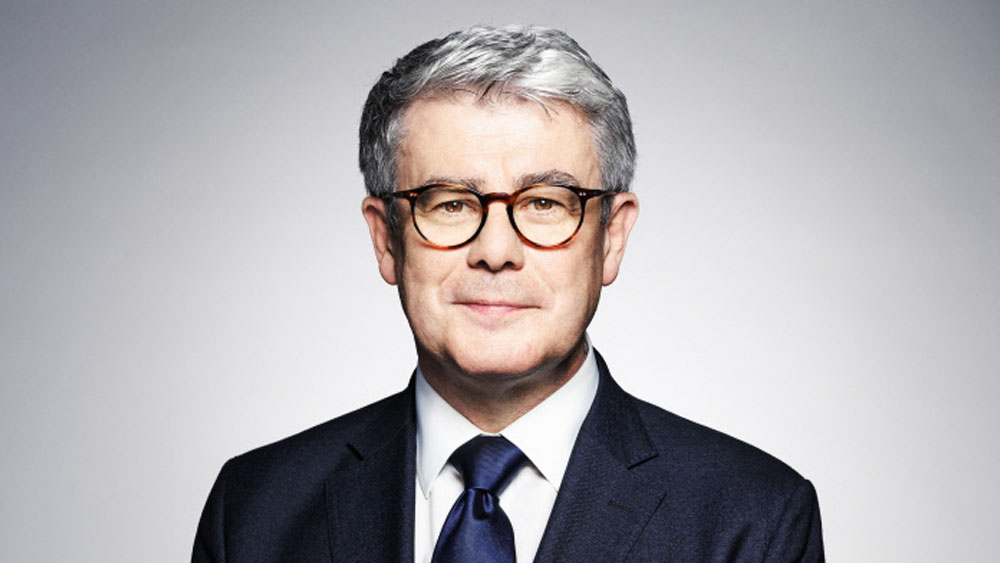 Large image
Jacques Audibert has been Secretary General of SUEZ since June 2018. He joined the Group as the Deputy Secretary General on July 1, 2017. He was previously Diplomatic Advisor and G7-G20 Sherpa of the French President as of May 2014. He is a former student of Ecole Nationale d’Administration and a graduate of the Strasbourg School of Journalism. Jacques Audibert has been a journalist for Radio France and served as advisor to Roger Fauroux, French Minister of Industry and Regional Development, in 1988. He has held numerous positions in the French Ministry of Foreign Affairs in Paris, Bonn, Hanoi, London and Quebec. In particular, he served as Director General of Political Affairs and Security in the Ministry of Foreign Affairs from 2009 to 2014. 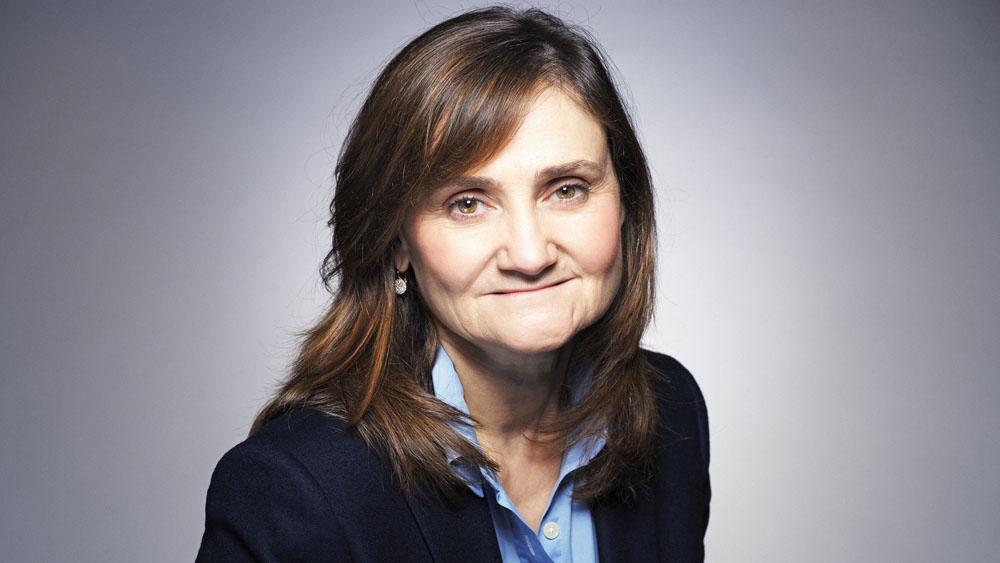 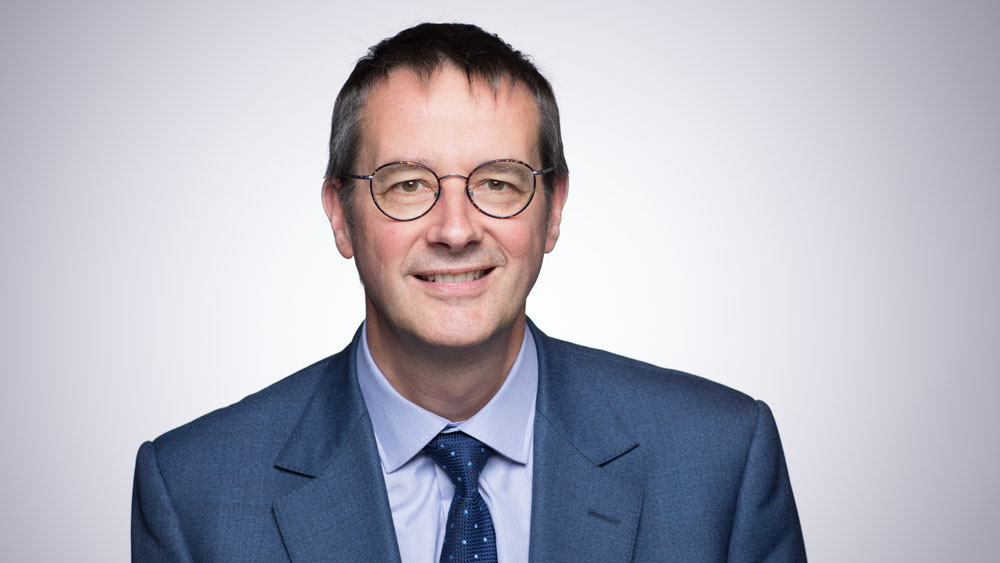 Large image
Julian Waldron will be joining SUEZ on May 15, 2019, as the Group Chief Financial Officer. In 2017, Julien Waldron was named COO and Executive VP of TechnipFMC. He also served as CFO of Technip from 2008 to 2017.
He is a graduate of the University of Cambridge and began his career at the bank S.G. Warburg, before joining Thomson as CFO, later becoming Interim CEO.
Top search words
TOP