Heineken brewery: recycling ammonia effluents and organic waste to reduce the impact on the environment

In 2008, Heineken, one of the largest breweries in the world, regularly exceeded the authorised effluent discharge standards in one of its UK plants, particularly with regard to ammonia. Backed by its duel expertise in water cycle management and organic waste treatment, SUEZ set up an effluent reduction solution coupled with organic waste recycling. In this way, Heineken preserved the age-old quality of its beer and optimised its economic and environmental competitiveness.
The mission

In 2008, world no.3 brewer Heineken acquired John Smith's, one of the largest breweries in the UK. Located in Tadcaster, Yorkshire, the hundred-year old plant frequently exceeded the ammonia discharge levels permitted by the UK Environment Agency.

In order to satisfy environmental requirements, Heineken had to take up a major environmental challenge while sustaining its competitiveness. Objectives: lower the ammonia content in discharged water to reduce the brewery's environmental impact.

3,500,000
hl
The quantity of alcoholic beverages produced by John Smith's every year
90
%
of all irregularities detected in 2008 were due to ammonia production
Our solution

Heineken entrusted SUEZ with the operation and maintenance of the effluent treatment plant belonging to UK brewer John Smith's to raise its performance.
With our dual expertise in water cycle management and organic waste treatment, we developed a progress plan for Heineken based on two avenues: improve effluent quality and recycle organic waste. 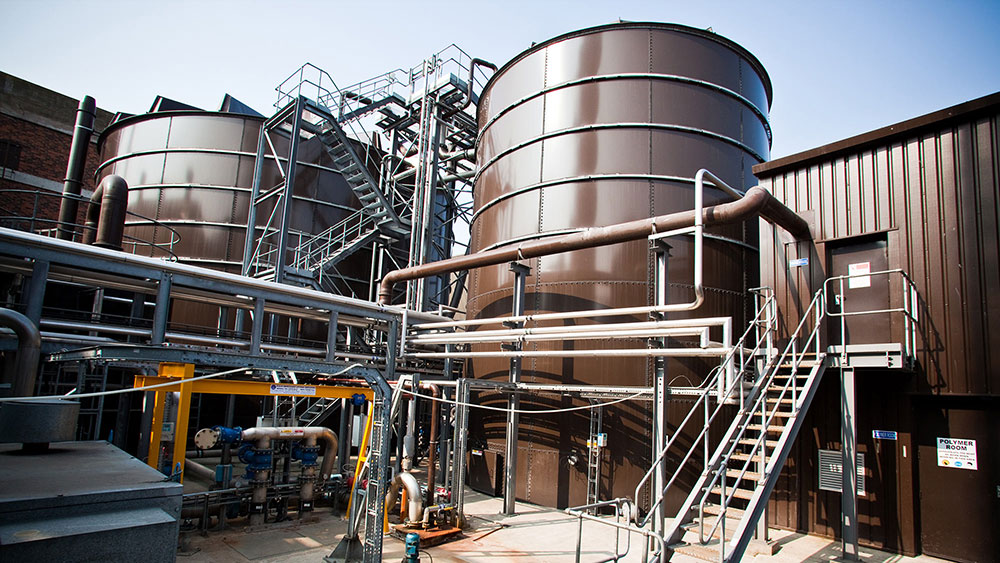 Identify and optimise the operating processes

SUEZ worked closely with Heineken to identify and optimise the operating processes used in the effluent treatment plant. We developed an innovative, custom-designed system:

The results
SUEZ helped worldwide brewer Heineken improve its environmental and economic performance. We delivered a solution to optimise its environmental footprint while significantly reducing its energy consumption.
The levels of ammonia in the effluent were rapidly brought under control and no further irregularities were detected.
But beyond ensuring compliance with national environmental standards, SUEZ converted a hundred year-old brewery into an efficient production plant, capable of generating its own power. John Smith's entered into a virtuous cycle, enabling it to manage energy and raw materials.
This complex environmental challenge was applauded by the Environment Agency. In its opinion, SUEZ deployed a solution "which nobody else had achieved before".
Read also

What is your business?